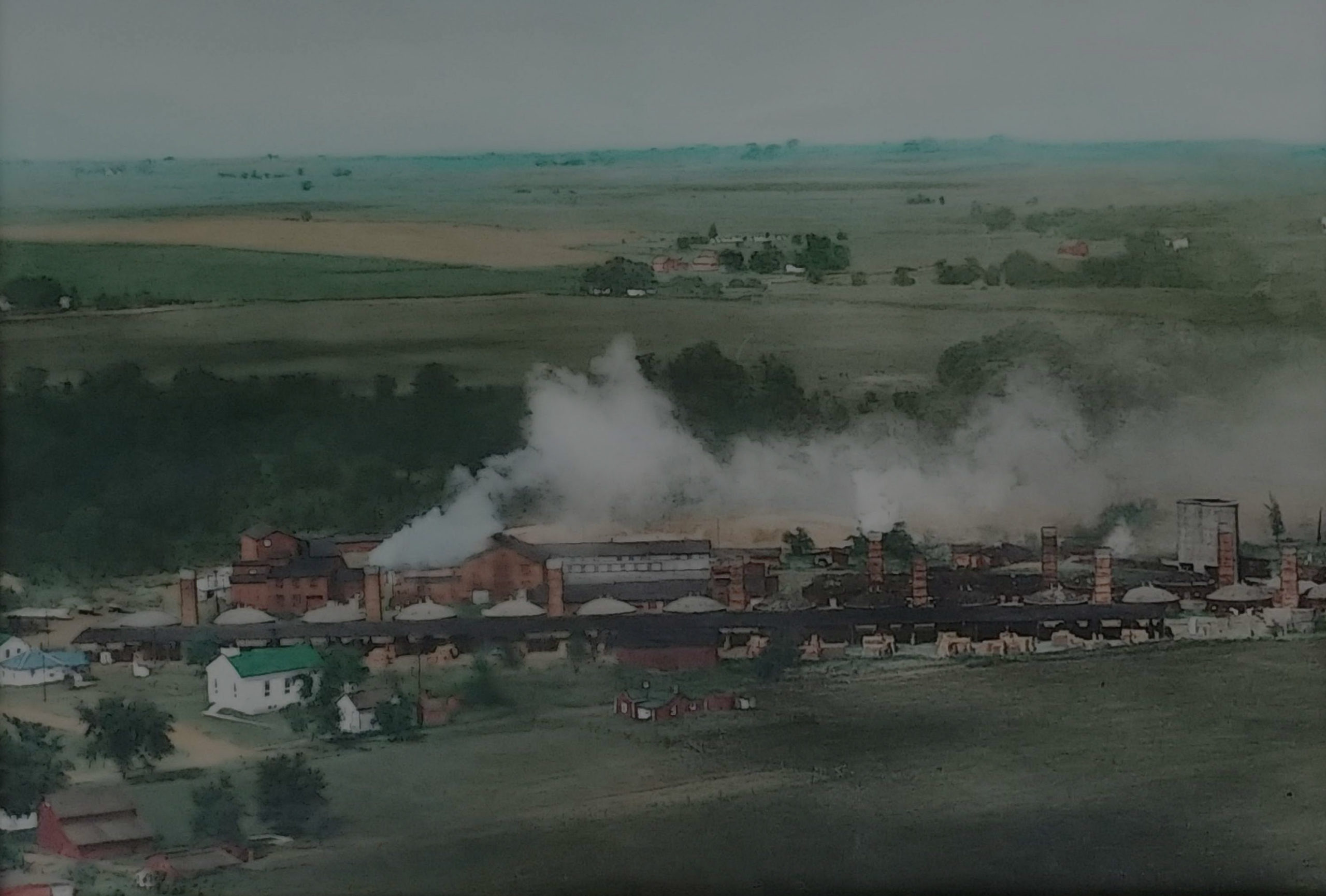 PRESERVING THE PAST + INSPIRING THE FUTURE

Camp Aramoni is a family-owned business on a mission to preserve the past while inspiring the future. The 96-acre site was once home to Ristokrat Clay Products Company, a former brickyard that left behind remarkable structures and stories from its past. Together, a husband and wife team, with the help of local partners and their family, have restored the brickyard and are redefining the future of travel in the Midwest and beyond.

Ristokrat Clay Products Company opened in 1870 and closed in 1981 due to numerous operating inefficiencies. The brickyard left a profound impact on its community of Lowell, Illinois. Ristokrat employed hundreds of men in its heyday and also employed women during WWII. During that time, women from the community fired shower bases for the army while the men were fighting on the front lines.

The brickyard employed 100 men at any given moment in history, and each worker handled roughly 12,000 bricks per day. Making the bricks was a grueling process that involved harvesting, crushing, and grinding the clay before adding water to shape it into bricks. The bricks were then stacked into massive ovens, known as kilns, where coal was used to bake the bricks in a 21-day process that required seven days to heat the kiln, seven days to bake the bricks, and seven days to cool the kiln. While machines were used throughout this process, many components were performed by hand. Some men wore gloves they cut out of tires to protect their hands.

TO THE HACKERS, STACKERS, AND THROWERS

The men had job titles like “hacker,” “stacker,” and “thrower” depending on the moment they handled the bricks throughout the process. For example, the “hackers” were men, sometimes as young as 17, who used dynamite to blast and harvest the clay. The “stackers” were men who grabbed the finished bricks out of kilns and stacked them on railroad cars for transport throughout the state. Some men could look at a stack of bricks and immediately know how many were there.

A TRIBUTE TO THE PAST

After Ristokrat closed, the majority of the brickyard was bulldozed for steel salvage. The beauty of the site was then restored after enduring almost a century of industry. 39 years later, Camp Aramoni has restored the remaining structures including three massive coal-fired brick kilns, a blacksmith shop, abandoned railroad tracks, and other crumbling structures. Camp Aramoni has incorporated important elements of history throughout the site. For example, Camp Aramoni’s general store, Gertie’s, is named after the diner that was located across from the brickyard. It was a celebrated lunchtime favorite among the workers. Camp Aramoni’s coffee and espresso bar, The Burlington, is a converted Airstream that is named after the railroad that once served the brickyard.

Camp Aramoni (pronounced air-uh-MOE-knee) is located on the Vermilion River in Lowell, Illinois. While this river is known as the Vermilion, it was originally called the Aramoni. The word ``aramoni`` was used by the Miami-Illinois Native Americans to describe the red clay they used to decorate their bodies. Camp Aramoni is covered in this red clay, thus explaining how a brickyard was able to operate on site for nearly a century. After seeing the Aramoni River listed on a 1683 French map, the name ``Camp Aramoni`` was born.

When husband and wife team Tim and Jennifer discovered Camp Aramoni’s property in 2017, they were inspired to preserve the historical elements of the site so they could share it with their family and community. They took great measures to retain and showcase the elements that bear the original industrial charm. With the help of their children and local partners, Tim and Jennifer are the proud owners of Camp Aramoni on a mission to preserve the past and inspire the future.

You don't have permission to register